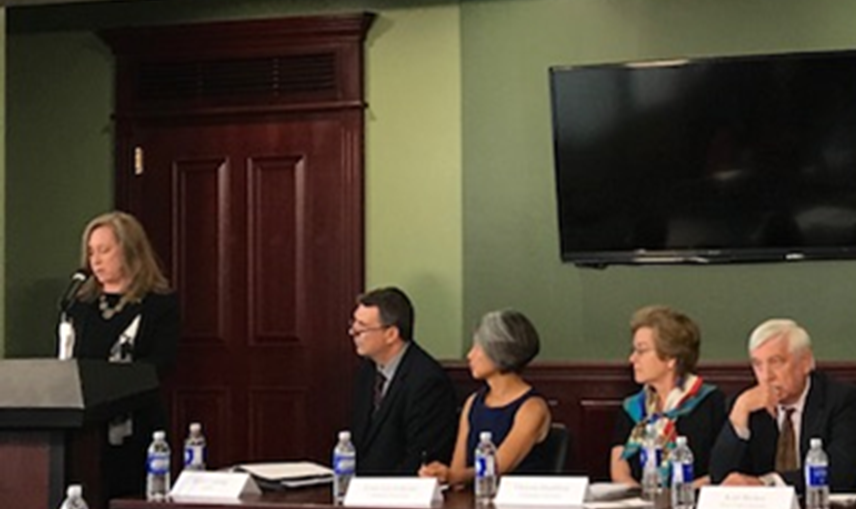 Representatives from RPI’s Lighting Enabled Systems and Applications (LESA) Center  participated in a recent panel discussion held by the Commission on Independent Colleges and Universities in New York or CICU at the State Capitol to inform legislators on the importance of on-going State sponsored funding for higher education in New York.
The timing of the panel coincides with the New York State Legislature’s session with the purpose of building awareness of the dynamic economic environment of higher education funding through success stories before the respective legislative task forces and staffers.

LESA Program Manager, Michelle Simkulet (‘90), served on the panel elaborating that the Center’s success was significantly bolstered by matching funds from the New York State Division of Science, Technology, and Innovation.

“The Matching Grants Program has had a beneficial impact on LESA – now in its 10th year as a National Science Foundation funded Engineering Research Center (ERC). The ERC funding model of NSF is multi-institutional and multidisciplinary center that fuses academia and industry to produce transformational engineered systems and exceptional engineering students who thrive on innovation and are positioned for leadership roles in the global economy,” Simkulet shared during her remarks.

Data on state funding trends provided to the panel attendees indicates that investors, partners, and funding agencies need to see that the State has backed programs, centers or initiatives before they willing to give an award.

“The inclusion of state funded programs as part of a dedicated funding source has a tremendous impact on the ability of universities to elicit additional funds – federal grants, private donations…,” says Chris Nolin, Director, Community and State Relations at RPI.

CICU is a statewide association representing the public policy interests of the chief executives of more than 100 independent colleges and universities in New York State. RPI has been a CICU member school for about 15 years. Representatives from other CICU schools on the panel included: Clarkson University, Columbia, Cornell, and New York University. 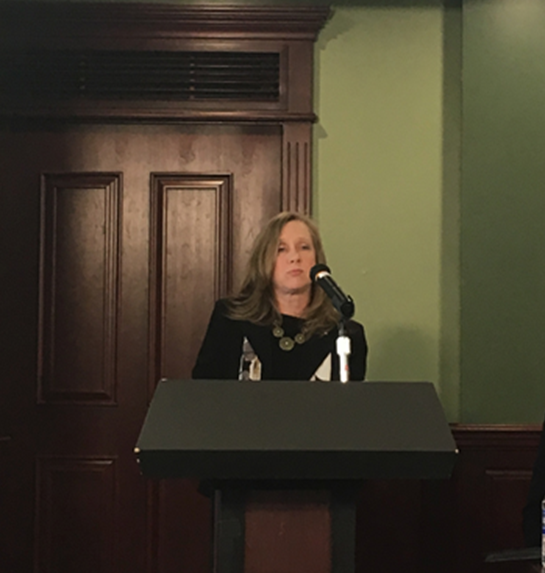 About the Commission on Independent Colleges and Universities (CICU)

Founded in 1956 by a small group of private, not-for-profit college and university presidents, the Commission on Independent Colleges and Universities (CICU) now represents 100+ independent campuses across New York State. Although not a government agency, CICU is an educational corporation formed under the New York State Regents. Its mission is to develop consensus among a diverse membership and to advance higher education public policy. To learn more, go to www.cicu.org.

About the Center for Lighting Enabled Systems & Applications (LESA)

Funded primarily by the National Science Foundation (NSF), the LESA is an interdisciplinary, multi-university center developing “Smart Lighting Systems that Think™. The Center engages faculty members, graduate students, research staff, and undergraduates to work on research leading to smart lighting systems with adaptive and controllable properties that will change the way society uses lighting.  The Center joins academia, industry, and government in partnership to produce transformational engineered systems, along with engineering graduates who are adept at innovation and primed for leadership in the global economy.  The LESA ERC is headquartered at Rensselaer Polytechnic Institute in Troy, New York, and partners with Boston University, the University of New Mexico, and Thomas Jefferson University to achieve its objectives. To learn more, go to www.lesa.rpi.edu.